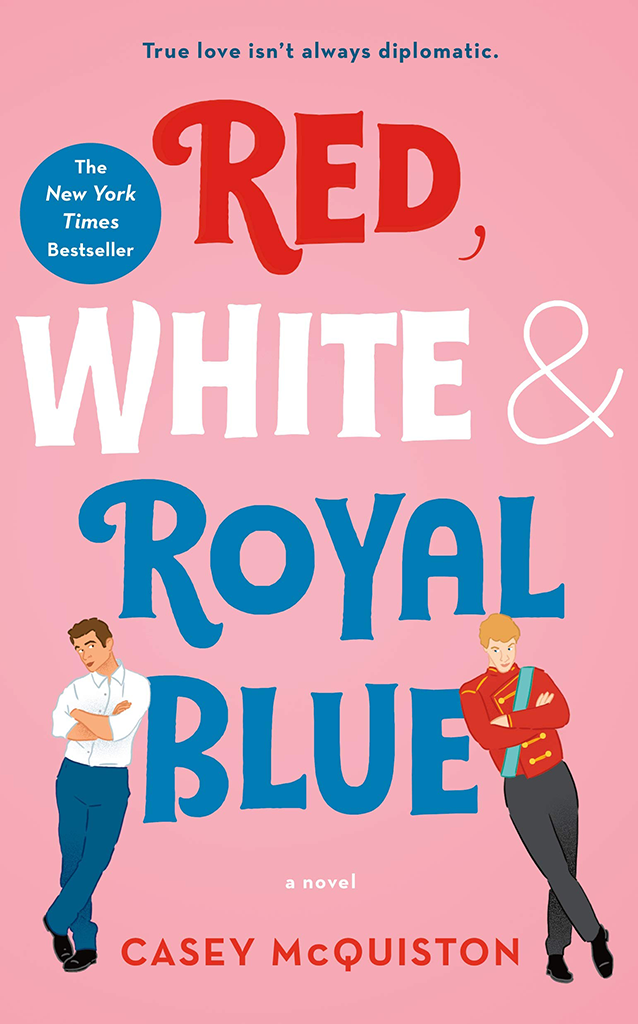 THANK YOU TO NETGALLEY AND ST. MARTIN’S PRESS FOR THE ARC IN EXCHANGE FOR AN HONEST REVIEW.

Red, White, and Royal Blue has a very interesting and intriguing settings. A first son and a royal prince together? It was a no-brainer decision to pick up this LGBTQ romance.

I wasn’t sure what to expect, but I found myself not being able to put the book down. Casey McQuiston managed to catch our attention right from the first page of the book. Let’s start with the characters. Both Alex and Henry are witty and intelligent. This was very apparent in their conversations and email exchange they had throughout the book. Both characters are well-rounded, but doesn’t mean they don’t have flaws. Alex’s emotions sometimes created more issues than necessary. But Henry’s cool and collected manner is definitely a good match to Alex. There are many hilarious moments in the book as well as intense scenes between Alex and Henry. Yes, the book has it all. SO MANY SWOONY MOMENTS!

Although the main topic in this book is romance, there are much more being discussed in this book. We got to see how Alex actually struggled with his mixed heritage as a high-profile half white, half latino first son. Henry struggled with anxiety and the two of them bonded over the struggle and the heavy weight of carrying on their family legacy. On top of that, I love McQuiston’s in-depth writings about the political side of things. As someone with massive interest in royal families and political figures, nothing makes me happier when the settings are done well in fictional books.

In terms of storyline, it’s pretty predictable but you’ll be surprised by sprinkle of wit and funny moments in the book, especially towards the end. Red, White, and Royal Blue is truly well-written fiction and I wish there were more of these characters!

First Son Alex Claremont-Diaz is the closest thing to a prince this side of the Atlantic. With his intrepid sister and the Veep’s genius granddaughter, they’re the White House Trio, a beautiful millennial marketing strategy for his mother, President Ellen Claremont. International socialite duties do have downsides—namely, when photos of a confrontation with his longtime nemesis Prince Henry at a royal wedding leak to the tabloids and threaten American/British relations.

The plan for damage control: staging a fake friendship between the First Son and the Prince. Alex is busy enough handling his mother’s bloodthirsty opponents and his own political ambitions without an uptight royal slowing him down. But beneath Henry’s Prince Charming veneer, there’s a soft-hearted eccentric with a dry sense of humor and more than one ghost haunting him.

As President Claremont kicks off her reelection bid, Alex finds himself hurtling into a secret relationship with Henry that could derail the campaign and upend two nations. And Henry throws everything into question for Alex, an impulsive, charming guy who thought he knew everything: What is worth the sacrifice? How do you do all the good you can do? And, most importantly, how will history remember you?